What Happens If Someone Objects at a Wedding? 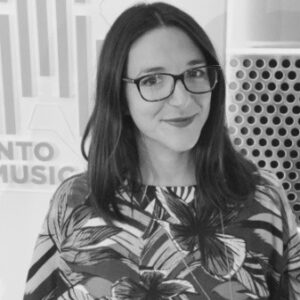 Surely people shouting out to object during a wedding ceremony, only happens in films, right? When did you last actually hear the words “speak now or forever hold your peace” in a wedding ceremony? And if you have, when did anything but silence ensue in real life?

Well, wedding objections can happen! Granted not very often, but it’s a definite possibility! Sometimes it could be a bold, loud friend playing an elaborate joke, but every so often it’s actually a serious objection from one of the guests, the horror!

The History of Objections at Weddings

Initially created by the Catholic Church, the tradition of objecting at weddings actually goes back to the 12th century. During medieval times, it was a genuine way of ensuring the legality of marriage before making it official.

Back then, people relied on word of mouth to ascertain whether a couple was eligible to get married or not. Each wedding would be announced publicly so that the local community would have time to consider whether they had any relevant information to bring forward.

Grounds for objection included one party already being married to someone else… imagine! Other reasons consisted of being committed to the church, having taken a vow of celibacy, or the very justifiable objection to an underage marriage without parental consent.

As weddings were frequently held in public places, people outside of invited guests would often be in attendance. As such, an opportunity to assure the validity of the request for marriage was always allowed at the start of a ceremony.

Today, the legality of marriage is established well before the wedding ceremony. Depending on where exactly you live, this happens when a couple obtains a marriage license at their city clerk’s office or council.

To get married in the United States today, people from abroad must present a document issued by their country of origin proving they aren’t already married there.

So yes, today any possible legal obstacles to marriage are checked properly, long before the actual wedding ceremony.

It’s not common at all, but it can happen.

However, today an objection is a lot less likely to happen in person during the ceremony. For example, in some countries (such as Bermuda) every potential marriage has to be advertised for 2 weeks in the local newspaper before a marriage license will be granted, giving an opportunity for people to officially object.

Similarly in New Zealand, you can submit a notice of objection to someone’s wedding if you think there are legal reasons why a couple should not be married.

As unlikely as it is, maybe a disgruntled family member with an ax to grind might object. Or someone who does not approve of the union about to take place for some reason.

A common one (and when we say common we mean in movies at least) is the unhappy ex standing up and objecting. Or, of course, the old friend who feels the need to express their undying love at that exact moment!

It’s important to remember for a marriage objection to be taken seriously, the reason has to hold substantial legal merit.

What If Someone is Having a Joke?

A more plausible candidate for a wedding objection today is someone having a joke.

Perhaps a member of the wedding party lost a dare at the bachelor party, or maybe someone had a few too many early drinks ahead of the ceremony… either way, this is not cool!

If the person is intoxicated, they should be removed from the ceremony as fast as humanly possible.

If it is an elaborate (and unfunny, may I add) joke then hopefully a few laughs from everyone will satisfy their thirst for attention and they’ll quietly sit back down!

What Would My Officiant Do?

In all honesty, it is unlikely to be taken too seriously.

It would have to be a legal reason to have any consequences and would become more of an awkward situation than anything sinister.

Your officiant is going to want to move on with the ceremony swiftly, just like everyone else in the room! So it’s likely that they would acknowledge the objection, not give it too much attention, but ensure that someone was looking after the emotional object, escorting them away from the ceremony perhaps.

These types of moments can also often be dealt with humor. Maybe a small joke is made to acknowledge that the objection had no legal standing, before continuing with the business of the wedding ceremony.

What Should the Couple Do?

Although it would be pretty shocking, the couple should take the lead from the officiant. Do not overreact. Stand strong together. Perhaps laughing it off would be enough.

If this isn’t possible, I suggest someone take the object to one side for a private discussion. Hopefully, this could be someone OTHER than a bride or groom; and with any luck, this conversation takes place far away from the ceremony.

Worst case scenario, you may need a little pause in the ceremony; a few deep breaths, and then things can continue from there.

What Could We Do Beforehand to Make Sure it Doesn’t Happen?

If you genuinely have a feeling that one of your guests may have some issues with your impending union and be vocal enough to object at your wedding, it would be a good idea to have a private discussion with them BEFORE the big day.

This chat needs to iron out any issues they could have… otherwise, you should seriously consider uninviting them, in the politest possible way.

Can We Change the Language Used in the Ceremony?

The truth is that the traditional wording “speak now or forever hold your peace” is rarely used in ceremonies these days.

Most ministers, celebrants, or officiants will already omit the phrase, but you could always double-check this with them to ensure it won’t be included.