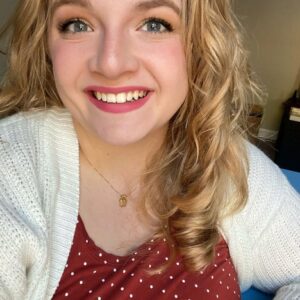 It’s no wonder so many brides-to-be draw inspiration from the world of Disney when it comes to wedding planning. Packed with romance, whimsy, and an abundance of magic, the Disney ideal is the most beautiful display of “happily ever after” that exists!

We’ve put together a list of our favorite ideas for Disney wedding invitations, grouped by movie, character, and theme park. We hope you find an invitation that fits as perfectly as Cinderella’s glass slipper for the ultimate fairytale wedding!

Widely considered to be the hallmark Disney princess, Cinderella is a story that gets told over and over again around the world. There’s just something magical about being rewarded for goodness and swept away from a bad situation!

This all-inclusive invitation set features subtle nods to the symbols that are associated with Disney’s most famous princess, including the glass slipper, her pumpkin-shaped carriage, and a clock.

This set includes everything invitation-related that you could ever need to send your wedding guests.

This invitation is so fancy! It looks like a scroll that would’ve been used to announce the ball where Cinderella met Prince Charming.

Sending invitations like these will make your guests feel like they’re being invited to a very special event indeed!

Known for her beauty, gorgeous singing voice, and for notably pricking her finger and causing a curse to take hold, Sleeping Beauty, or Princess Aurora, is also known by her alias, Briar Rose.

Princess Aurora is often depicted as wearing a blue or pink dress, though the pink gown is shown more often. This is likely to differentiate her from her predecessor, Cinderella.

Here’s a Disney fun fact! Did you know that Princess Aurora, the Sleeping Beauty, only enjoys about sixteen minutes of screen time in the movie that bears her name?

We love the pink watercolor effect on these wedding invitations; its dreaminess brings to mind the clouds Princess Aurora and Prince Philip dance on at the end of the film.

This invitation is a more subtle nod to Disney than some of the others, but the silver glitter adds that princess-like detail, as well as some much-appreciated sparkle!

This invitation looks like a storybook, which automatically makes it fairytale perfect.

However, the best thing about this Disney-themed wedding invitation is its subtle nod to Sleeping Beauty’s alias, Briar Rose. The inside of the “book” is covered in vines adorned with pink roses.

Snow White and the Seven Dwarfs

Disney’s first princess and star of its first feature film, Snow White is a paragon of kindness and grace. Plus, who wouldn’t want to be compared to the princess declared “the fairest one of all?”

This invitation displays the famous apple that Snow White bit and caused her to fall into a deathlike slumber that could only be broken by “love’s first kiss.”

It’s also the apple in this wedding invitation design that would make them perfect for inviting guests to a fall wedding.

The information included on the invitation itself is surrounded by a gilded frame, perhaps like one might find on an enchanted – or even magic – mirror.

We love how this fairy tale book-inspired wedding invitation looks like the books that used to appear at the beginning of Disney movies. The red color mimics the apple Snow White bit perfectly as well.

The story of Rapunzel, unlike the way it was told in fairytale books for centuries, Tangled is a fun and sweet Disney movie about a spunky hidden princess and the thief who goes above board for her.

Here’s yet another Disney fun fact! Tangled was originally supposed to be animated using oil paintings! The paintings were supposed to be sold after the movie was released to recoup the costs of animating the movie this way.

However, that proved to be too expensive, and the first CGI-animated princess as we know her was born!

From the pastel purple ribbon to the creamy paper, to the gold details, this Tangled theme invitation set is fit for a princess.

With a wedding invitation set like this, you’re sure to be the princess of your big day!

A more traditional take on the Disney-themed wedding invitation, this Tangled-themed invitation showcases a pink and purple floral pattern, as well as a silhouette of Rapunzel and Flynn Rider in their little boat, waiting for the lanterns to appear. Truly whimsical!

The scene where Rapunzel and Flynn Rider/Eugene Fitzherbert sit in a small boat looking at the lanterns surrounding them is perhaps the most visually stunning of the entire movie.

The colors of this Disney-themed wedding invitation mimic the colors of that scene beautifully. Our favorite thing about this invitation, though, is the way the lanterns look like they’ve been painted. It’s a subtle reference to Rapunzel’s talent with a paintbrush!

The Princess and the Frog

This movie is highly underrated if you ask us! With its beautiful animation and jazzy soundtrack, The Princess and the Frog deserves way more love and attention than it’s been given!

The love story of hardworking, inflexible Tiana and easy-going, spendthrift Prince Naveen is one every couple should try to emulate. They allow each other to grow and encourage each other to improve; a fitting message for your wedding day.

The Princess and the Frog Inspired Invitation

If you’re looking for a beautiful laser-cut wedding invitation inspired by The Princess and the Frog, look no further! This set is beautiful, with a subtle touch of Disney magic.

We love how these invitations display a little green frog, but more than that, we love how it appears that the frog is on a lily pad or flower.

These invitations depict an enchanted forest, reminding us of the bayou through which Tiana and Naveen traveled.

The little lights on these invitations especially remind us of the fireflies dancing through the bayou in one of the movie’s songs!

The Little Mermaid is the 1989 film that ushered Disney into its “Renaissance” period.

With its bright colors and curious, impetuous princess, it’s no wonder that Disney’s The Little Mermaid was an instant hit in theatres!

These invitations, with the laser-cut shells, are a more subtle reference to this classic Disney movie. However, these invitations are anything but infantile! They’d be perfect for a beach or destination wedding. Let your inner mermaid sing out!

Another subtle reference to a beautiful Disney film, the ombré effect on these wedding invitations looks almost like the surf of the ocean where it kisses the land. It also makes it modern and cool – nothing like a kid’s party invitation!

Beauty and the Beast

The classic movie that followed The Little Mermaid, Beauty and the Beast is another story that gets told over and over again throughout the world.

The story of a good and beautiful girl falling in love with a monster based on his character growth is a story that still today gives hope for a romantic future.

The rich colors used in this movie would be perfect for invitations for fall or winter weddings. With navy blue, goldenrod yellow, and rose-red, the colors that dominate Disney’s Beauty and the Beast are bright jewel tones fit for royalty!

Watercolor Beauty and the Beast Invitation

Though this invitation is referencing Beauty and the Beast, it does so with a subtler touch than others on this list.

The streamlined font brings this ancient tale to the modern-day, while the handwritten font reminds the reader of a book written long ago. Both are easy to read and easy on the eyes!

The laser-cut overlay on this invitation looks fit for a royal wedding! It’s an intricate and exquisite pattern that reminds us of the palace at Versailles.

Our favorite thing about this invitation though, is the “Be Our Guest” that adorns the outside. It’s fitting for a wedding and a great homage to an awesome movie!

Up is a Disney movie that depicts a love story that spans a lifetime.

Carl and Ellie met as children and eventually fell in love and got married. After Ellie dies, Carl makes it his mission to journey to Paradise Falls, the waterfall in South America that the pair always dreamt of visiting.

He makes some silly but good-hearted friends along the way, and has a grand adventure!

Adventure Is Out There Invitation

Carl and Ellie adopt the inspiring catchphrase “Adventure is out there!”

Well, there is no greater adventure than marriage! We think these invitations would be particularly perfect for the traveling couple.

We love the way the balloons over the house are shaped like a heart! It captures the adorable love that’s prevalent throughout this movie.

However, the cutest thing about this invitation set is the picture of Carl and Ellie’s chairs on the RSVP card. It’s a great reference to their happy marriage, and to the magical event that will take place – your wedding!

Mickey and Minnie Mouse are the quintessential Disney characters, plus they’ve been in love for almost a century! It doesn’t get more “Disney-themed wedding” than with a Mickey invitation!

Here are a few fun facts about Mickey and Minnie Mouse:

Walt Disney himself was the first voice for Mickey Mouse!

Mickey wasn’t always called Mickey, either. Walt Disney’s original name for him was Mortimer! We’re glad he changed it – Mickey Mouse rolls off the tongue so much more easily!

This invitation features the iconic Mouse couple themselves at the top, depicted very much in love with each other.

We love the way Mickey and Minnie Mouse look like they were just sketched atop these invitations! Combined with the kraft paper, the effect is charming and rustic.

This invitation is modern but beautiful, a more subtle homage to Disney’s original and most iconic character.

We love how it looks like the outline of Mickey Mouse’s head is adorned with watercolor flowers. The outline is available to order in gold, silver, or rose gold metallic, with multiple fonts and flower colors to choose from as well for a truly custom look.