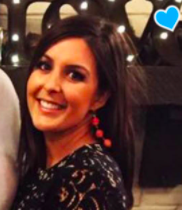 Bon Jovi ruled the 80s and 90s as one of the most popular bands around. Sure, they were considered to be a “hair” band thanks to their gorgeous locks, but that didn’t change the fact that this group of guys made up one of the defining bands of their time.

After all, they could belt out beautiful melodies, and rocking tunes, and even better, they knew how to put it all together into mind-blowing power ballads. These incredible songs have been a staple of rock in the world for ages. But have you ever considered making them part of your wedding day?

When it comes to music on your wedding day, the happy couple should always make the playlist not only a display of their love for one another but a combination of their styles. For those who love a good rock ballad, or a song that tells a story, we’ve created a list of Bon Jovi wedding songs that will fit any celebration.

From their 1994 album Cross Roads, “Always” is one of Bon Jovi’s most iconic love songs. This song is dedicated to the love of two people and how their romance will never fade. It is a perfect song to include in your ceremony for a first dance.

As an ideal couple’s song, you will want to play it for anniversaries and at any moment your want to celebrate your love. Although it was released 18 years ago, the sentiment in this song still holds true for couples today.

“Story of Love” is a beautiful song for your father-daughter dance, the mother-son dance, or even as a recessional song. Written by Jon Bon Jovi himself and released in 2021, this song is about his love for his family, and signifies the importance of a family’s loving bond.

Having this song playing while honoring the union of two families is not only an emotional moment but a beautiful one as well.

Released in 1987 as part of their Slippery When Wet album, “Wanted Dead or Alive” can’t be mistaken as the perfect wedding slow dance song. Instead, if you want to have a little fun at your wedding, you can consider playing this song for the bouquet or garter toss.

Wanted Dead or Alive can even make a fun entrance song when festivities are beginning. Having this song as a way to show that you want your wedding fun and memorable will set the mood for the night’s events.

Livin’ on a Prayer

Also from the Slippery When Wet Album, Bon Jovi’s “Livin’ on a Prayer” is one of the most well-known songs in the world. If you listen closely, however, you’ll find it tells the story of a couple working hard to have a great life together.

Making it part of your recessional or your exit song can be a fun choice. It will show your dedication as a couple and how you’re ready to face life’s hardships hand in hand.

I’ll Be There for You

Bon Jovi fans have been belting this song since it was released in 1989. If you were a teenager during these years, you most likely remember every word.

Hearing the famous echoes of love and devotion while you enjoy your first dance with your new partner is simply magical. If you have another first dance wedding song in mind, “I’ll Be There for You” should be considered for your final dance of the evening.

“Never Say Goodbye” was written by Jon Bon Jovi and Richie Sambora to be released in 1987. For young lovers at the time, it was a declaration of how love was forever and they would be together for the rest of their days.

For high school sweethearts who are tying the knot, this song is amazing as part of your playlist. Whether you use it as an entry song, first dance, or final dance this song will fit in beautifully.

From their 1993 album, Keep the Faith, Bon Jovi’s “Bed of Roses” is a gorgeous love song that can be included in most parts of your wedding. From your procession to the recession or first dance, this romantic song is ideal wedding material whenever you choose to play it.

Bed of Roses can also be considered for your final dance of the night as its romantic tones can set the mood for your life together.

Born to Be My Baby

If you want to dance with your partner to an upbeat song that proclaims your love for one another, “Born to Be My Baby,” from Bon Jovi’s 1988 album New Jersey is your answer.

While others are sharing the dance floor, you’ll still be the center of attention thanks to this song being solely about a couple being meant for one another. You’ll find yourself singing the words to the one you love to show that they will always be your baby.

Thank You for Loving Me

2000’s “Thank You for Loving Me” is a memorable Bon Jovi song to help you dance the night away at your wedding. The sentiment of being thankful for true love is evident when listening.

A perfect song for a recession or as part of the reception’s music list, this hit single will help make any wedding night memorable.

(You Want to) Make a Memory

When you’re ready to share your first dance as a married couple, “(You Want to) Make a Memory” is the perfect song choice. The tune is upbeat, but the words tell the story of being in love and wanting to share a life together.

If you want to start out on a loving, upbeat, and memorable note for your wedding, this song can truly help you make memories that will last a lifetime.

I’d Die for You

Back in 1986, Bon Jovi’s “I’d Die for You” was an anthem for couples everywhere. This declaration of love is an ode to couples who will do anything for one another.

If you’d like to include this song as part of your big day, consider adding it to the dance list or even as part of the recession when you leave your venue as a united couple.

All About Lovin’ You

The words to 2003’s “All About Lovin’ You” declares that the love you hold for someone is prominent in your life and makes you the person you are. What better way to celebrate starting a life together as a married couple than by making this song a part of your playlist?

If you’re a Bon Jovi fan, this song could fit most anywhere, but we feel it would be great as a Grand Entrance song or a final dance.

You Give Love a Bad Name

While 1986’s “You Give Love a Bad Name” isn’t considered a romantic ballad, it does bring a smile to your face and shows what love can do. If you and your significant other are Bon Jovi fans, making this song part of your dance card during the reception is a must.

In 1988, Bon Jovi got everyone rocking to a song about love and how addictive it could be. This upbeat and fun song is a great way to make your wedding a true party.

Throw this song on while everyone is on the dance floor, or perhaps use it as your grand entrance at the reception if you want to set the mood for a fun night.

Lay Your Hands on Me

1989’s “Lay Your Hands on Me” is one of Bon Jovi’s most memorable songs. It’s also a great way to bring the people at your wedding to their feet when you want them to join you on the dance floor. If you really want to have a little fun, consider playing it during the removal of the garter. The father of the bride may feel a bit uncomfortable, but the rest of the crowd is sure to have a great time celebrating with you.

The Best Sandals Resort for Foodies: Where To Dine in Style